Over the past two decades, genetic engineering technologies have been optimized, leading to fermentation processes that allow for increased production capacities of more and more chemical compounds. By using the tiny mechanisms within micro-organisms, a growing number of innovative start-ups around the world are now sounding the bell for an industrial change. These four intend to give the chemical industry a run for its money.

Replacing crude oil by sugar
The bio-based production of gaseous hydrocarbons, identical to those produced from fossil resources, is the key concept of the French company Global Bioenergies (GBE). Artificial metabolic pathways incorporated into microorganisms convert renewable resources into gaseous olefins – the chemical basis of fuels, plastics, organic glass, and elastomers. After the successful fermentation of isobutene and butadiene, a new proprietary microorganism can now convert sugar into propylene – another important chemical building block. Together, these three hydrocarbons make up a market that is worth more than 300 bn. USD. In 2013, the „German Ministry for Education & Research“ granted 5.7 m. EUR for the construction of a pilot plant to finalize the industrialization process of isobutene. A partnership with car manufacturer Audi targeting the production of bio-sourced isooctane from biological isobutene followed in 2014. Other chemical key compounds and their scale-up are in development, further licensing agreements should thus only be a matter of time. Currently, the NYSE-Alternext listed company is trading approx. 38 % below its all time high of 46.30 EUR.

Turn on Bio – turn off pollution
Such is the motto of Italian company Bio-on, founded in 2007 and listed at AIM Italy since October 2014. Shortly after its IPO, its share price more than doubled to 10.30 EUR. Currently, the stock is trading between 6.00 and 7.00 EUR. The winner of the „EuropeBio Most innovative European Biotech SME Award 2014“ focuses on one of the major problems in modern society: synthetic plastics. European forecasts expect the market of biodegradable plastic to grow from 1.4 million tonnes in 2012 to more than 6.0 million tonnes in 2017. „We all share one mission: to work in the field of modern biotechnologies to create 100 % natural solutions that are based on renewable resources or agricultural waste,“ says Marco Astorri, CEO and co-founder. As synthetic plastic is non-degradable, it can be found almost everywhere and is already having negative effects on our biosphere. Bio-on’s solution to the plastic mania: MINERV PHA (Polyhydroxyalkanoates) – that is, linear polyesters that are metabolic products of special bacteria nourished by sugar beet juices from agricultural waste. Depending on the amount of monomers, PHA can substitute many conventional plastics, but in contrast to plastics, the PHA are biodegradable in both water and soil. The fermentation process is currently scaled-up to industrial production. But watch out! Neither Bio-on nor GBE are yet profitab

Ancient but far from old-fashioned
Being able to reduce carbon emissions and produce sustainable biofuel and other chemicals at the same time: it may sound fanciful, but it is the mission of the hottest company of 2014 in industrial biotech sector. „LanzaTech is commercializing a revolutionary technology which challenges what the world thinks of waste carbon: treating it as an opportunity instead of a liability,“ explains CEO Jennifer Holmgren. Founded in 2005 in New Zealand, LanzaTech is now headquartered in Chicago (USA). Its gas-to-liquid platform uses proprietary microbes called acetogens – one of the oldest lifes on earth – to ferment carbon rich waste gases such as those from industrial flue stacks, producing liquid fuels and chemicals as they grow. The gas fermentation process and its industrialization has been supported by more than 150 m. of USD venture capital and lately a 60 m. USD investment by the New Zealand Superannuation Fund. “A platform that can produce sustainable food and fuels economically and at scale can turn the issue of food vs fuels on its head,“ explains Holmgren discussing the company’s latest project, a cooperation with the IOC-DBT Center for Advanced Bio-Energy Research. The microbial process is able to produce omega-3 rich fatty acids from CO2.

An eagerly awaited technology
Privately held Biosyntia, a spin-off from the University of Denmark and runner-up in the „EuropeBio Most innovative European Biotech SME Award 2014“, is still in its infancy. Since its foundation, the company has primarily been supported through European grants but is currently in talks with undisclosed investors, explains founding member Hans Jasper Genee. Global player Novozymes is convinced: Biosyntia’s RIBOSELECT™ is what the biotech industry has wanted for more than 40 years. The high-throughput enzyme screening technology is used to develop and optimize so-called cell factories. Based on microorganisms like E. Coli and yeast, cell factories may be able to produce many fine chemical products (food ingredients, fragrances, colors, pharmaceuticals) in the future. „Our business model is licensing compound customized cell factories equipped with the necessary enzymes and pathways to manufacturers,“ explains Genee. Considering their 80 % lower productions costs and substantially reduced environmental impact, cell factories could indeed have the potential to revolutionize the area of chemicals production.

Conclusion
Which of these cutting-edge technologies will be able to create the biggest return on investment is currently unknown. It is a fact, however, that the market potential for sustainable technologies is growing and the EU has also recognized the potential – market analysts have forecast the European market to grow from 28 bn. EUR in 2013 to 41 bn. EUR in 2020 and 52 bn. EUR in 2030. Between 2014 and 2024, the EU plans to inject 3.7 bn. EUR in order to increase the market maturity and create a competitive environment for bio-based products across different industries. 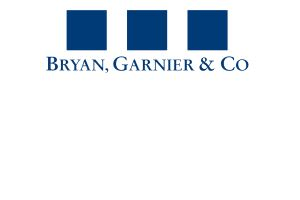 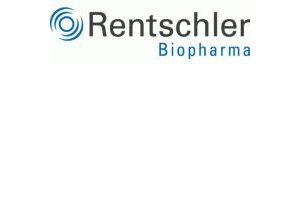 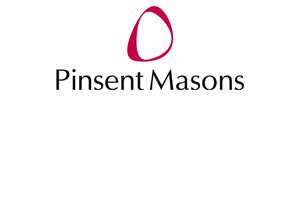