The biotech scene in Germany is growing continuously – slowly but steadily, despite the ongoing shortcomings of the ­European risk capital market. While funding clinical trials remains a challenging task, a new focus has emerged: earliest ­stage funding for translational research and biotech startups. By Dr Thomas Prexl

Dr André Domin, chairman of Heidelberg Startup Partners, a joint ­start-up support initiative of Heidelberg‘s research institutes says ­“Today, the public sector dominates pre-seed financing in the scientific environment in Germany. Following research ­funding, the transition from research group to start-up is most often supported by federal programs such as EXIST Transfer of Research or GO-Bio.” These programs, provided by Germany’s Ministry for Economic Affairs and Ministry for ­Research, grant one million Euros or more to entrepreneurs-to-be to turn a research group into a start-up company. They are the go-to option for science-driven high-tech projects from German universities – essentially a safe and secure starting ­position.

However, public funding does have its downsides. Formalities are cumbersome, and applications are time-consuming. Most significantly, federal grants impose rigorous structures: a dedicated start-up team is needed, as well as an already ­existing patent family. While the reasons are valid, they do not always fit the ­objectives of a translational project. This is especially true for the early validation of scientific results – long before making decisions on intellectual property or ­spinning-off. Various players deal with these challenges, venture capital firms being one of them.

Heidelberg based EMBL Ventures is one of the venture capital firms investing in ­these early projects. “For our upcoming fund, we are discussing investing up to 10% in moonshot validation projects,” says Dr Jan Adams, one of EMBL Ventures managing partners. “In collaboration with research institutes and their tech transfer units, we would like to identify promising projects. We are eager to stimulate translational research which we believe will be crucial for the development of new ­products and companies.” This initiative could also supplement existing public ­programs.

The pharmaceutical industry is addi­tionally involved in externalized trans­lation. Dr Julia Schaft, Managing Director of BioRN, one of Germany‘s leading life ­science research and industry clusters, describes her interests: “We think that a joint commitment from academia and ­industry is key to translational success and have looked at various international models for facilitated technology transfer that could depict this in our region.” A ­difficult task, given potential conflicts of interest between academia and industry, in pre-patent phases. “We have been par­ticularly intrigued by the construct chosen by Apollo Therapeutics in the UK.” Apollo Therapeutics is a joint venture between Imperial College London, University College London and the University of ­Cambridge together with AstraZeneca, GlaxoSmithKline and Johnson & Johnson ­Innovation. These research institutions and pharmaceutical companies have ­committed themselves financially to ­establish an independent, experienced drug discovery team to work with aca­demics to design, fund and operationalize translational drug discovery projects with the aim of licensing these projects ­preferentially to the associated Pharma companies.

“We provide translational funding and drug discovery expertise for biomedical projects,” explains Dr Richard Butt, Apollo Therapeutics’ Chief Executive Officer. “We support the development of intellectual property and increase both the proba­bility and the speed of turning research results into novel medicines.” Forty ­million British pounds have been made available; large parts have been invested already. The intellectual property can be licensed out – not necessarily to the four corporations involved.

“Impressed by the compelling concept and professional setup of Apollo Therapeutics we became a partner of this collaborative venture when it started three ­years ago. We are now very excited to see the first matured projects coming out of this partnership,” says Thomas Hegen­doerfer from Johnson & Johnson Innovation. “We believe that other research hotspots could also benefit from similar forms of translational cooperation. Heidelberg could undoubtedly be one of those locations.” The environment and infrastructure around Heidelberg are indeed similar to those in the greater Cambridge area: four different research institutes, the ­Heidelberg University, the Heidelberg ­University Hospital, the German Cancer Research Center (DKFZ) and the European Molecular Biology Laboratory (EMBL) are focusing on advances in drug development and diagnostics for cancer or cardiovascular diseases. The Rhine-­Neckar region features numerous headquarters or subsidiaries of pharmaceu­tical companies and well-established ­biotech companies.

“We are very eager to join forces in ­Heidelberg and the Rhine-Neckar region and try and establish new ways to quickly and successfully facilitate translation,” concludes Dr Gitte Neubauer, chairman of BioRN. She is also a founder of the EMBL spin-off Cellzome, now a GSK company, and is aware of the potential pitfalls of ­turning academic results into standardized industry research. “We could all ­benefit from more collaboration to move good ideas from bench to bedside as quickly and effectively as possible.”■

DBT2019 LUNCHEON: HAVE YOUR SAY!
Join Richard Butt (Apollo Therapeutics), Gitte Neubauer (Cellzome/BioRN), André
Domin (Heidelberg Startup Partners/Heidelberg Technology Park) and Julia Schaft (BioRN) to discuss new ways to enable and support translational research and biotech startups. They will be present and open for your questions and debate on 9 April 2019 at 12.15 p.m. during the German Biotech Days Luncheon in Würzburg. 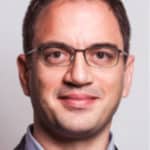 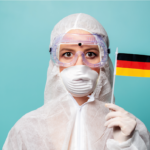 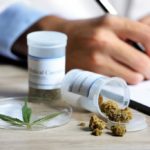 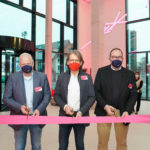 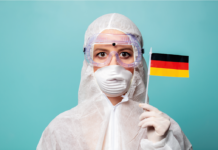 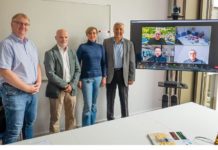 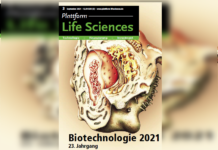