Motif Bio is dedicated to tackling serious and life-threatening bacterial infections with new antibiotics. With an expected read-out of its second phase III pivotal trial later this year, the Company plans to file for approval of iclaprim in early 2018.

Please explain the business model of MTFB, what is your USP?

Motif Bio is a clinical stage biopharmaceutical company which specializes in developing novel antibiotics designed to be effective against serious and life-threatening infections caused by multi-drug resistant bacteria, including MRSA (methicillin-resistant Staphylococcus aureus) and MDRSP (multi-drug resistant Streptococcus pneumoniae), that have become prevalent in both the community and hospital settings. Resistance to antibiotics is a major global health threat. So-called “superbugs” are emerging faster than new, effective antibiotics are being developed. The medical need for new treatments, especially for those with different mechanisms and resistance patterns, is widely recognized. Our lead product candidate, iclaprim, is an antibiotic with a different and under-utilized mechanism of action that we believe to be effective against multi-drug resistant bacteria. Iclaprim could enter the market sometime in early 2019. Beyond iclaprim, Motif plans to build a pipeline of innovative antibiotics targeting Gram-positive and Gram-negative bacteria.

How is your market segment structured and what is the market potential of your product?

There are several companies dedicated to the development of antibiotics. However, there is room for multiple players as there is an urgent need for not just one but for many new substances to fight multi-drug resistance. Iclaprim is currently being developed for the treatment of acute bacterial skin and skin structure infections (ABSSSI) and will also be investigated for the treatment of hospital-acquired bacterial pneumonia, including ventilator-associated forms (HABP/VABP). There are 3.6 million hospital admissions in the U.S. each year for ABSSSI alone, and up to 26% of these patients also suffer from comorbidities such as renal impairment. The diversity of severe bacterial infections and the multiplicity of comorbidities and, consequently, co-medications, indicates a large unmet medical need.

The global antibiotics market is expected to reach $57bn by 2024. In the U.S. alone, ABSSSI and HABP represent markets of $6.6bn and $3.5bn, respectively. Motif Bio owns all of the IP around iclaprim and expects ten years of market exclusivity from the time of U.S. approval. Thus, iclaprim holds significant revenue potential for Motif, even with a small market share.

Why is the development of new antibiotics so important – on the other hand, why has it been neglected for such a long time?

The experts, including Dr. Margaret Chan, the Director General at WHO is predicting “the end of modern medicine as we know it”. She notes that we depend on antibiotics to control infections that people are exposed to in the “community” (normal daily living), and in hospitals, including the requirement for antibiotics in surgical interventions and alongside chemotherapy in cancer patients. The bacteria that cause these infections are steadily developing resistance to most and in some cases all available antibiotics and so we may see a simple cut finger again becoming fatal, or not being able to carry out knee replacement surgeries since antibiotics are becoming ineffective. In the last 20 or so years, the larger pharmaceutical companies decided that better returns on investment in R&D would come from so-called chronic diseases, such as diabetes, hypertension, hypercholesterolemia, where patients are required to take medicine for the rest of their lives. In contrast, antibiotics are generally taken for 7-14 days to cure the infection and save the patient’s live. Governments are trying to help by providing incentives to companies including Motif to encourage development of new antibiotics. One example is the US GAIN Act, that allows the FDA to designate candidate products as qualified infectious disease products (QIDP) which provides antibiotics with 10 years of market exclusivity from the date of approval.

How is your company financed? With which investors do you work? Why should an investor invest in MTFB?

We are a public company listed on the AIM and the NASDAQ. Our lead program, iclaprim, has key differentiating features that we think strengthen its commercial potential: iclaprim has a different and under-utilized mode of action which means that it can be effective against bacteria that have developed resistance to other antibiotics that work in a different way. Importantly, our team has an extensive track record in successfully bringing products from research through clinical development and onto the market – we know what it takes to achieve commercial success. Within the last two years, we have successfully negotiated final clinical trial protocols with the regulatory authorities in the U.S. and Europe, manufactured clinical trial supplies and initiated two Phase 3 trials (the final stage in testing prior to regulatory submission to seek approval to market). We have announced the results from the first Phase 3 trial (some 7 months earlier than expected) and the results from the second trial (with a study protocol identical to the first trial but executed in different study centers) are expected later this year.

A few days ago, MTFB published positive results for Iclaprim from the phase III study REVIVE-1. When do you expect market approval?

Iclaprim addresses a high unmet medical need. REVIVE-1 showed non-inferiority versus vancomycin with the potential benefit that iclaprim does not cause nephrotoxicity (kidney damage) and does not require dose adjustment for renally impaired patients. If the readout of REVIVE-2 in the second half of 2017 confirms the good outcome we have seen with REVIVE-1, we plan to submit the NDA seeking approval to market in the U.S. in the first half of 2018 and we expect a decision by the end of 2018. 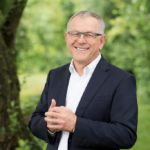 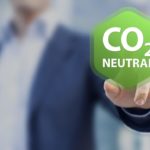 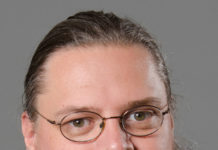 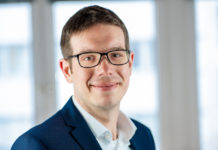 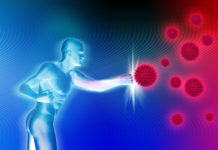