The 2016 BIO International Convention hosted 35,700 partnering meetings, a new record for the event. Organized by the Biotechnology Innovation Organization (BIO), the event drew 15,937 industry leaders from 76 countries and 48 states, as well as the District of Columbia, Puerto Rico and the U.S. Virgin Islands.

“Biotech leaders showcase the best of our industry”

“This year’s BIO International Convention was a tremendous success, and together we challenged ourselves to imagine a better world for patients, for the environment and for society. We were thrilled to be back in San Francisco with industry, government and academia from across the globe to pursue biotechnology’s potential to solve some of the world most pressing problems,” said BIO President & CEO, Jim Greenwood. “From our outstanding keynote speakers, to the record number of partnering meetings, the 2016 Convention was a resounding success. This event continues to provide biotech leaders with the opportunity to showcase the best of our industry and form connections and partnerships that will drive growth in the sector for years to come.”

Educational programming included over 800 speakers in 157 sessions which addressed the latest business opportunities, breakthroughs in medicine, diagnostics, the environment, energy production, food and agriculture and more.

The BIO Exhibition featured more than 1,800 exhibitors with 50 international, regional and state pavilions and seven product focus zones. The Innovation Zone, featuring Small Business Innovation Research (SBIR) grantees from the National Institutes of Health (NIH) and the National Science Foundation (NSF) has tripled in size since its inception in 2014.

The 2017 BIO International Convention will take place June 19-22, 2017 in San Diego, California at the San Diego Convention Center. “We are looking forward to welcoming BIO back to California and to showcase Southern California’s vibrant biotech sector,” said Joe Panetta, President and CEO of BIOCOM. “With more than 1,100 life sciences companies and more than 80 independent and university affiliated research institutes, we offer abundant opportunities in research, development, manufacturing and commercialization.” 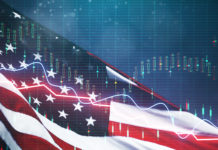 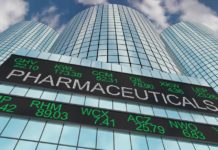