An evaluation of wealth in the Gulf without any available reliable source and view of asset is grotesque. The Gulf represents theoretically a considerable source of liquidity. According to statement without any evidence, GCC countries lost trillions of dollars because of the crisis and hold trillions of dollars because of trading, oil & gas income. In 2009 many universally known Western banks prospected for the Arab sovereign funds $5.8trn assets under management by 2012, from supposed $3.2trn in the year. In the same year the Emirates Industrial Bank estimated that managed assets should rise to $7.5trn by 2015. High Net Worth Individuals from the Gulf with personal wealth of $1m should achieve this year $3.8trn from $2.1trn in 2007, says the management consultancy Oliver Wyman. The Federation of Chambers of Commerce Industry and Agriculture for Arab Countries reported a value of $3trn in liquidity available in Arab countries ready to be invested for new projects. The Dubai located Shuaa Capital estimated the wealth of HNWI in the Gulf at $4trn in 2011 from $2trn in 2007. According to the “Family Office Bahrain” about 30,000 GCC citizens have a personal wealth of respectively $30m, about 200 individuals dispose of $1bn each, about 400 should own $500m to $1bn, 600 between $300m to $500m, 1,800 $100m to $300m, and 7,000 individuals owns a fortune of $30m to $100m each. The Kuwait’s Foreign Minister reported in 2009 $2.5trn as loss of the GCC countries because of the global crisis. The supposed landscape of unprecedented personal wealth convinced the most famous banks to accelerate the presence in the Gulf, in order to acquire mandates from Arab wealthy people and manage their assets or selling them bank products, while the real development in the region is to rise debt and focus into the own region. Without any chance of small visibility all available overestimated fantasy data are made up out of thin air. In Germany the financial asset held by private households at the end of 2009 totaled €4.64trn, according to the German Bundesbank: apparently not impressive or sexy as the imaginary sizes supposed to be available in the Gulf, but real and reliable. Regardless the supposed stellar personal or corporate fortune supposed to be in the Gulf, several family owned groups are seeking credit ratings from international agencies in order to raise funds from capital markets to finance their projects. International banks, fatally superimposed by reports about supposed galactic wealth in the Gulf, regularly provide loans for billions of dollars after the check of solvability of the borrower and the real profitability of the project, as subject of the loan

The fortune of the GCC countries calculated $54trn on the total supposed proven reserves of oil & gas should support and cover the estimated value $15trn for projects supposedly to be ongoing in the Gulf in 2009. 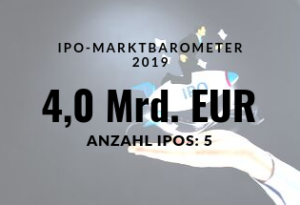