Regrettably, regarding the transparency and reliability of standard key data of their economies, there is still a lot of work to be done. In fact, you can read a dozen different controversial statistical figures available for the same economic data of a country in the same year. The article is the result of challenging research through a jungle of data, generated by official government sources, domestic & international media and well known institutes, banks and consulting firms from all around the world. Too many discrepancies regarding the same issue lead to confusing and incomprehensible figures, giving a marginal chance of truth about reported contents and what we suppose to know about the Gulf. Finally it is difficult to identify a clear road map in the strategy of these governments’ investment vehicles.

The Gulf Cooperation Council GCC has a similar political structure to old European countries until the 19th century, as ruling families in charge for generations represented the governments of a fragmented Europe and the authority to claim ownership of lands and payment of taxes in all varied forms. The definition in the Gulf of “government”, being traditionally for generations the same family-controlled administration, is different to that as in Europe or in the US, and recalls similar structures we had in Europe before the first worldwar, as all countries were fragmented and managed by monarchies. The rulers of a Gulf country cover functions of ministers and executive management of government’s vehicles, and respectively utilize the cash flow of the country to finance the substantial military budget ($360bn in 2002-08, source Business24/7), the salary of civil servants (50% to 70% of labor force), the substantial subsidies for the locals, school education and health care expenses for own citizens and professional expatriates, and partially for the modernization of infrastructure (preferring higher debt to equity). Beside the formal political relationships among all GCC countries, the particular economic dependence of all emirates on Abu Dhabi is historical, and includes substantial subsidies and donations from Abu Dhabi in forms of free oil because of the agreement in the 70s to join the UAE (for Dubai in 2001 supposed to be $2bn per year at oil at $20/barrel, source Economist Intelligence Unit; today supposed to be $10bn to $15bn).

His Highness Sheikh Zayed bin Sultan Al Nahyan (who died in 2004), was an extraordinary leader and the very much loved “Father” of the United Arab Emirates. He represents the roots of the modernity of Abu Dhabi, the economic progress and the building of a sustainable economy for that emirate, and was able to transform in very few years a natural desert into one of the wealthiest and most modern cities in the world, without creating a bubble or risk to his country. HH Sheikh Zayed also planned the Abu Dhabi Economic Vision 2030, a roadmap which aims to achieve in Abu Dhabi a GDP of $416bn by 2030. Abu Dhabi and Dubai are both members of the same Bani Yas tribal grouping, one of the most prestigious and highly regarded tribes in the Middle East. All Western corporates interested in starting business in the Gulf need to take a look at the (similar) agendas of local governments to identify the needs, and to their history to better understand the culture, key of a daily business life. The tribal culture of the Al Nahyan Family in Abu Dhabi, interested in bearing up the traditions of the Bedouins, combined with the trading culture of the Al Maktoum dynasty in Dubai, were the roots of the successful development of the Federation of the Emirates, and subject of admiration and respect not only in the Gulf area.

The Middle East needs to increase transparency of the ambitious diversification process ongoing in the region and to provide much more reliable detailed official statistic data about the economic evolution. The real estate collapse in Dubai years ago was a foreseeable result of “irrational exuberances” in a jungle of subsidiaries under the umbrellas of the local government- and/or ruler’s related entities. The Dubai-crisis in 2008-09 was actually a fundamental lesson for all governments in the GCC in stopping the bubbling-development of local and personal economies based on debt and inexistent demand, in order to continue the impressive transformation of the region based on a sound economy sustained by a rational ratio of cash and debt, and last but not least following the real demand of investors and consumers. Has the GCC really perceived the weak-up-call, and is consequently acting differently as until 2009? Even if the GCC governments send continued messages about diversification plans, oil & gas will still represent for generations the major source of wealth in the area: the rise in price of these resources and a consequent output-management to the price volatility is the only real income of all GCC countries!

The REAL reserves of oil & gas in the GCC: a geo-fundamental or political issue? To claim reserves as „proven“, oil companies must show that they have a workable plan to get the oil to the market. With the existing technology only a fraction of all oil reserves can be extracted at a reasonable price (poor quality oil, poor quality reservoirs and uneconomical production). Oil is not found in caves underground the desert, but is trapped in porous rocks, which makes it difficult to estimate the real reserve & the expense of getting it out. In this regard discoveries of new oil sources are mostly “tactical” revisions of existing stocks. The global oil recovery rate from 20% to 35% means that about 2/3 of the oil known to exist in any given reservoir, also in the GCC, is still left untapped for economical or mostly more political reasons. All major “official” reserves of the GCC are in decline, no major oil discoveries have been announced in the Gulf in 40 years, and most of the reserves are no longer available to Western private companies, but to local players only. GCC producers usually operate at full capacity and supply 2m bpd more than the official quota reported by media (because of the 2 months needed by oil tankers to really reach markets): barrels announced to be added to a quota are only the formal entitlement of barrels already produced over that quota. The calls from OPEC to mostly increase or to decrease the output quota may not make much difference in the real oil market, because before every raise (or cut), the real oil market already receives the new official quota. Even if the governments of the GCC send continued messages about plans to reduce exposure of GDP to oil & gas, the only resource of wealth in the GCC countries is the revenue from these commodities. A potential supply shock by the recovery of the economy, resulting from the underinvestment of state-controlled companies, due to their controversial lack of cash to finance petro-projects, or if in hypothetical case the world is really running out of oil in the next decade, the GCC will be not able to maintain production discipline and avoid unimaginably stellar valuations for a barrel. In that case, a stellar valuation of oil will automatically provide a comfortable stellar income to all oil producers in the region, necessary not only to reduce deficits and finance budgets, but controversially to issue more debt. Actually new advanced recovery technologies, additional reserves and massive ongoing investments of triple-digit-billion dollars in exploration and drilling programs of non-conventional deposits and existing oil fields should tremendously boost gas and oil production by 2020, but also cost of production. 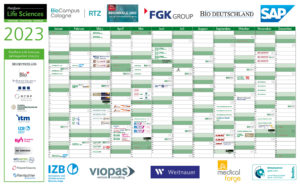 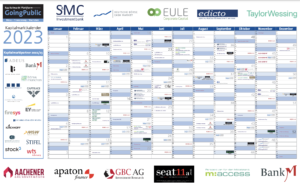